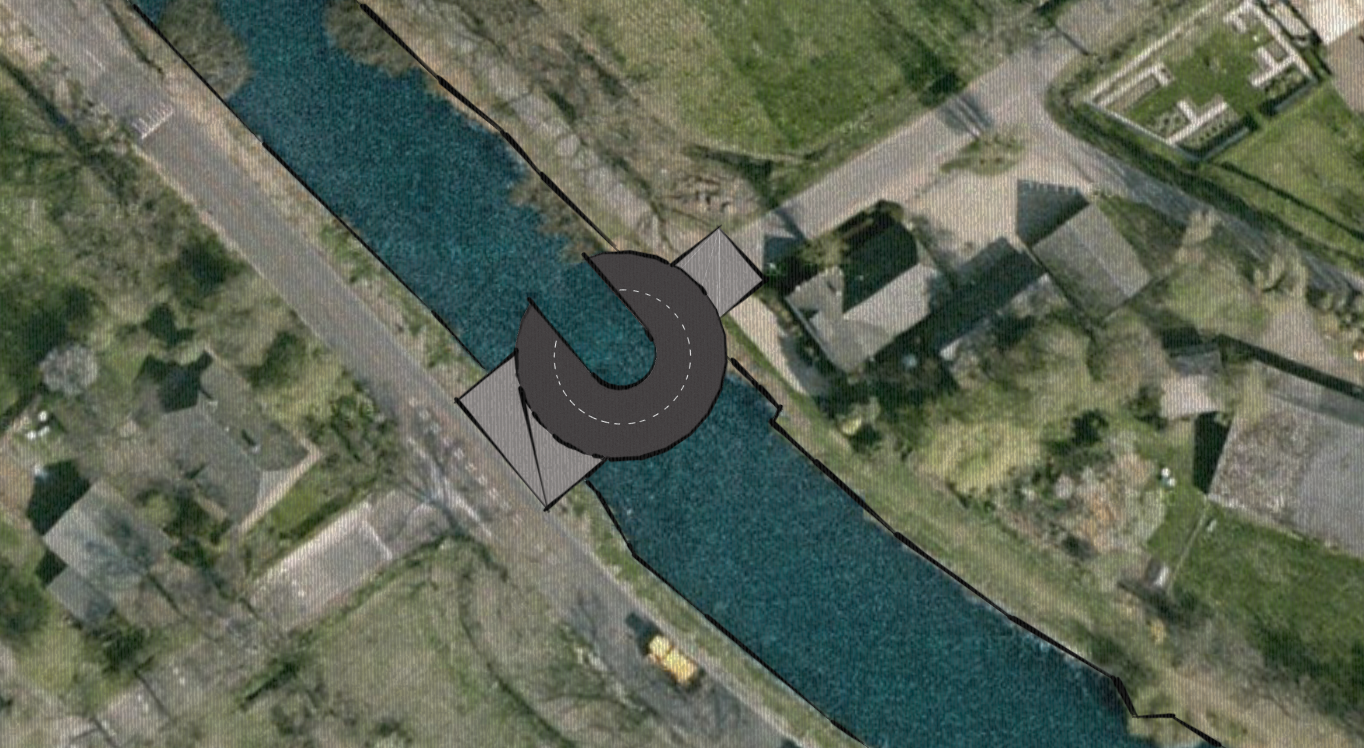 The Circle Bridge or Cirkelbrug does something other bridges do not. By means of an ingenious designed shape it allows road traffic to cross a waterway at all times. How does this work?

Traditional moving bridges exist out of a bridge deck that -when closed- connects two roads. As ships pass, road traffic comes to a halt and the bridge opens by pivoting, rotating or sliding the deck. The major shortcoming of all these bridges is that they only allow passage to land or water traffic.

Ships use the recess in the circular bridge deck to come to the other side. Put simple, a ship navigates into the center of the recess where it docks. Then, the circle rotates 180 degrees. As the ship remains pointed in the same direction, it can leave the recess and continu it’s journey. 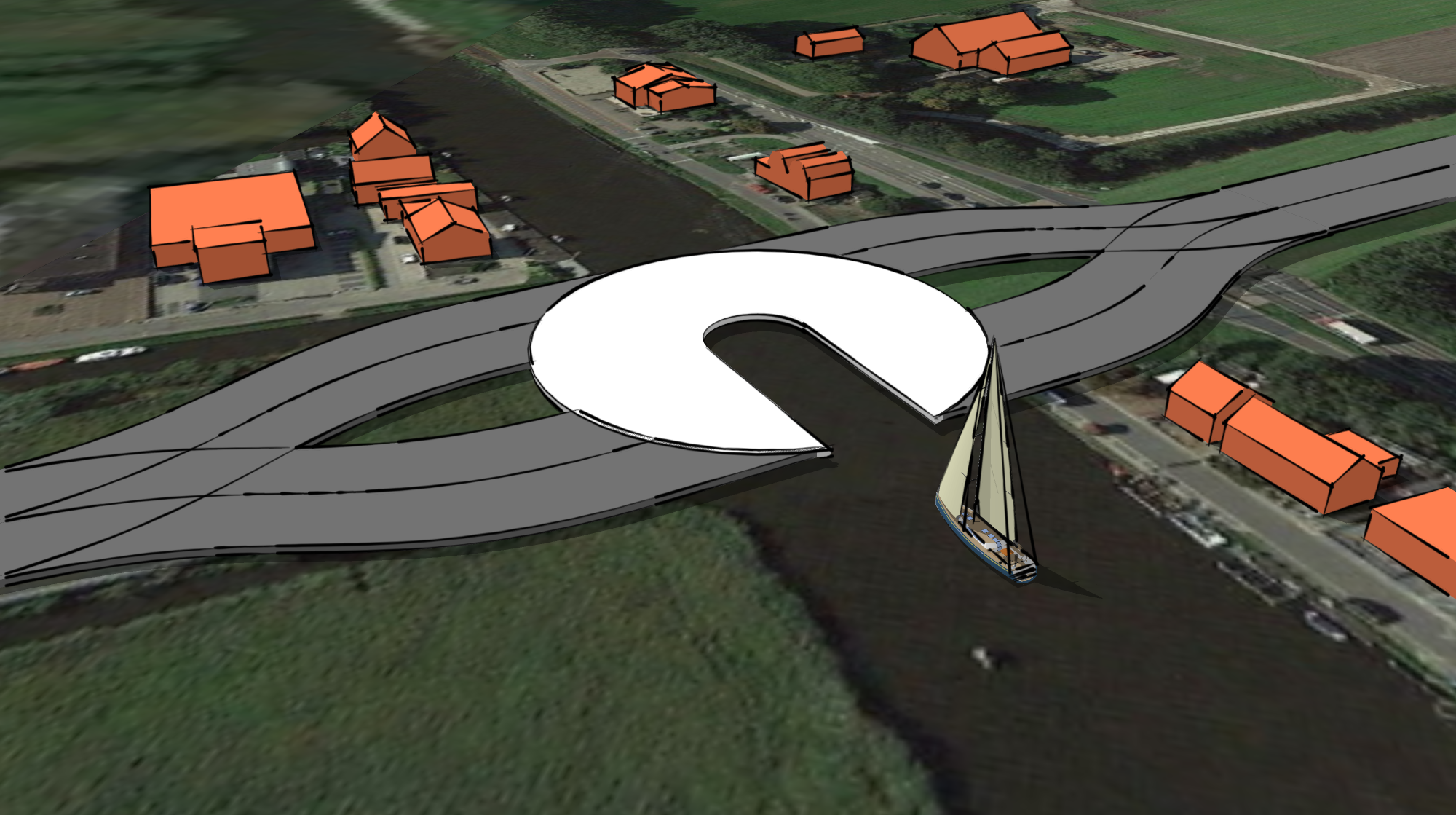 By varying the size and shape of the deck and recess, the Circle Bridge can be used on various roads, ranging from pedestrian and bicycle lanes, through car traffic in and outside of urban areas, up to major highways across rivers and estuary.